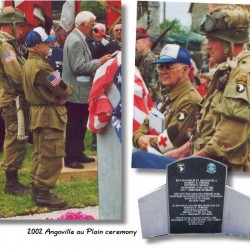 In 2002 and 2003 we have had the honor and the pleasure to meet an extraordinairy man.
Combat Medic of 501st Parachute Infantry Regiment, Robert E. Wright, jumped into France
during D-Day. In the Angoville au Plain church he tended to the wounded soldiers of both
sides and treated civilian wounded also. In 2002 this little French village presented a monument
in honor of Robert E. Wright and his companion Kenneth J. Moore. Wright was present at the ceremony. 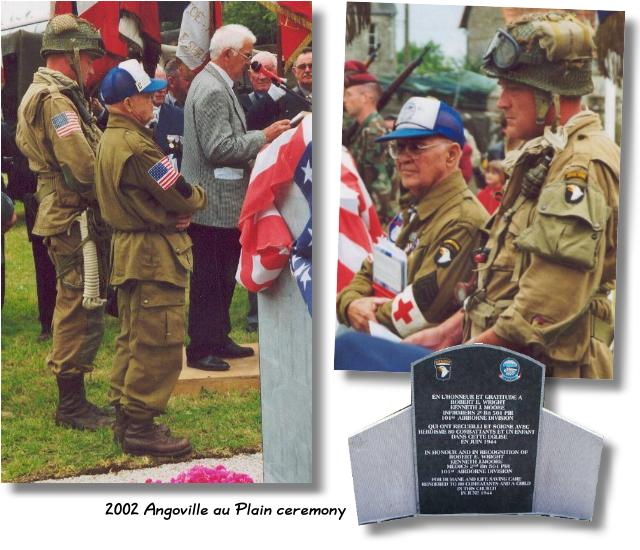 When they stumbled on the church during D-Day they posted medical signs around the church to
designate it as a field hospital. Wounded troopers were already in the battleworn village that
was captured, re-captured and captured again. Wright and Moore would manage the makeshift field
hospital for three days. On the second day two Germans came down from the Bell Tower of the church
and indicated they wanted to surrender. The medics had no idea that there had been armed soldiers
in the Angoville au Plain church ! For his actions Wright was presented with the Silver Star medal. 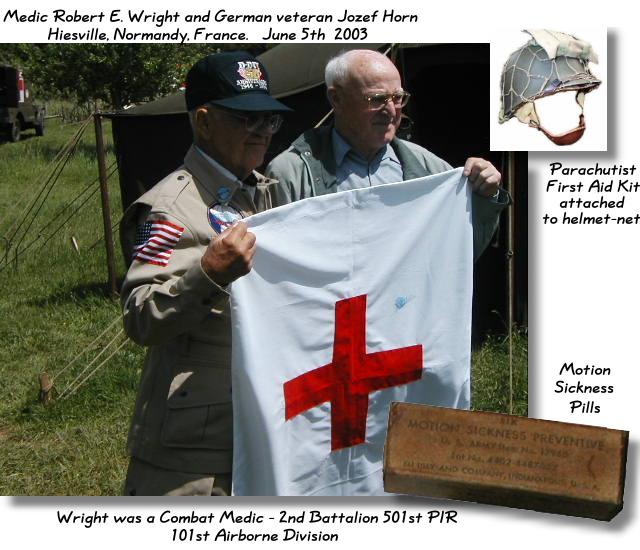 In 2003 Robert chose to stay in the Hiesville Army Camp of Hubert Achten over the luxery of a fancy hotel.
We visited the camp a few times and sat down with him. The ‘old’ man was fit and as sharp as a knife and
has a vivid memory of those days in June, 59 years earlier. A lone German veteran, Herr Jozef Horn, who
was attached to some Coastal Defence Unit in Normandy, posed with Robert holding a flag. Days gone by…. 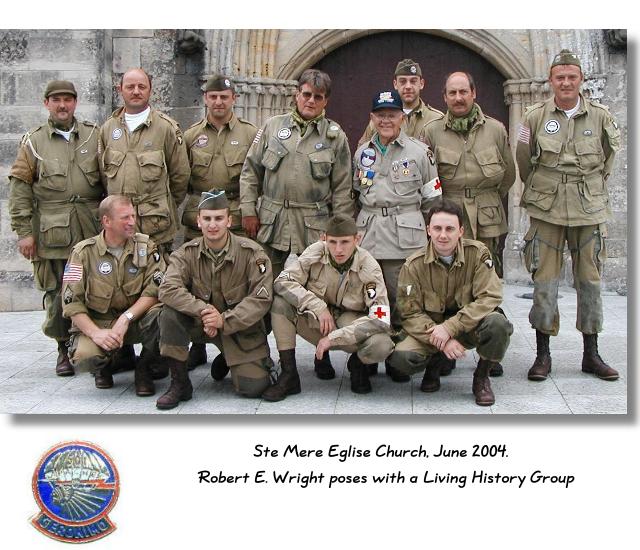