In the first week of April 2006 I had the chance to travel to the Var-region in the lovely French Provence. Eversince I read the book “The First Airborne Taskforce” of Michel De Trez (visit: http://www.d-day-publishing.be/operation.html) it was a wish of me to visit the original sites where the galant men of the 517th., 550th. and 551st. paratroopers and of course the gingerbred men of the 509th. had their French D-day in August 1944.

After some study I was able to find some of the places which Michel De Trez has documented in his great book. Also I could locate one of the 517th. men who gave his live for our freedom. He is burried at the American Military Rhone Cemetary in Draguignan.
See the pictures of the sites, then (the original form the De Trez book) and how they are now.

In Les Arcs I could locate the marketplace where in 1944 the paratroopers of the 517th. entered the town. In the recent pic You can see me reading the De Trez book. 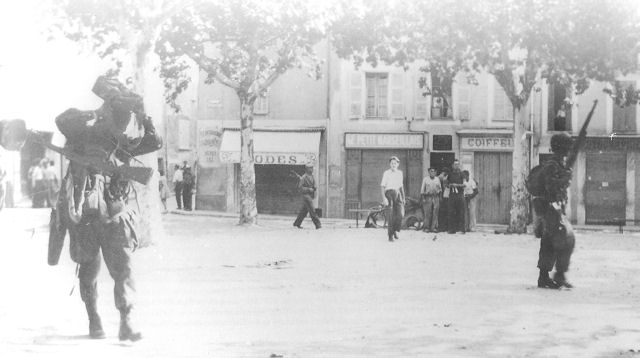 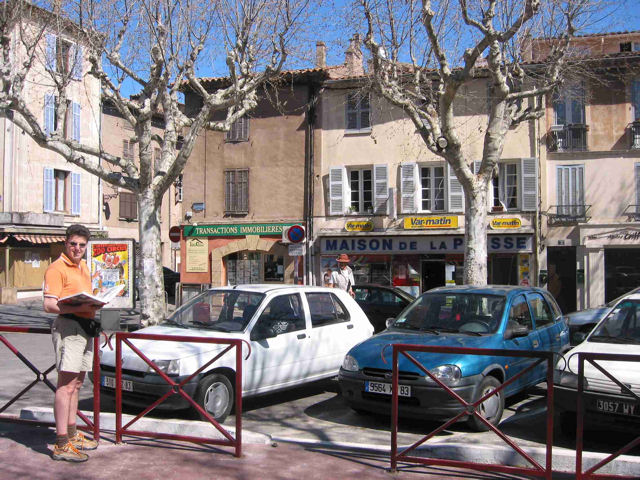 After visiting Les Arcs I spent some time in the small town of La Motte where they took some pictures in front of the church in 1944. The steps and the churchdoor are easy to recognize. It was a special feeling to sit in the exact spot as where the troopers were standing back then. 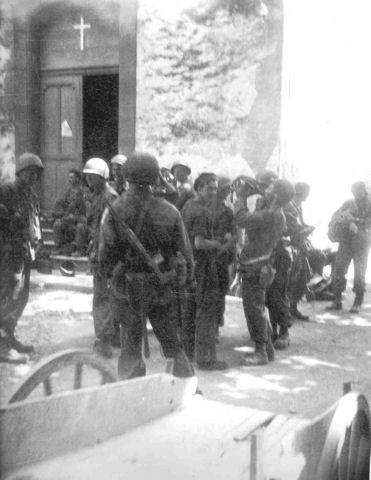 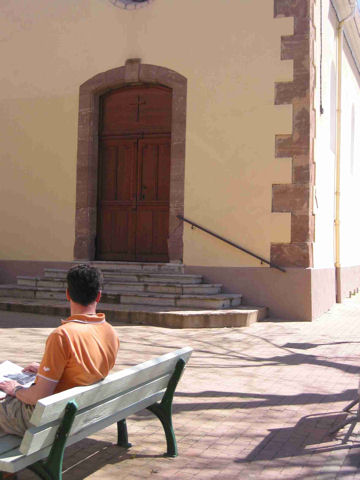 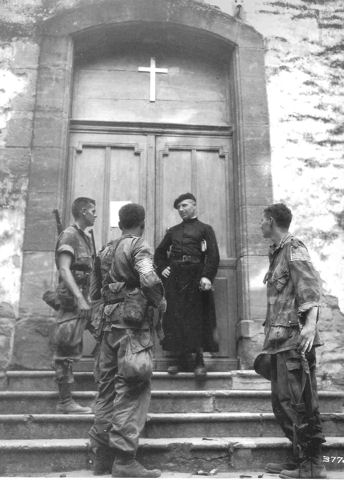 The French people remember the paratroopers with the plaque at the Hotel de Ville in La Motte. 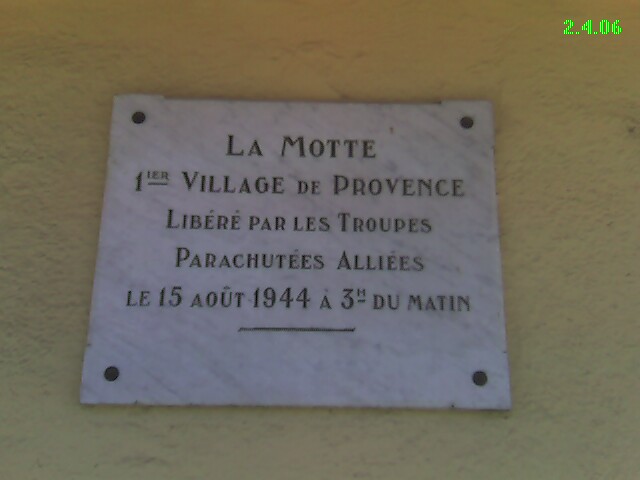 Then it was time to search fot the chateau Sainte Roseline where back in 1944 a commandpost was set up. In the original pic You can see a trooper of the 517th. washing off the camouflage make-up at the fountain in front of the chateau. After some searching I could locate the still existing fountain, although the water wasn’t running anymore and the stones were completely covered by the green bushes. But it’s still there! 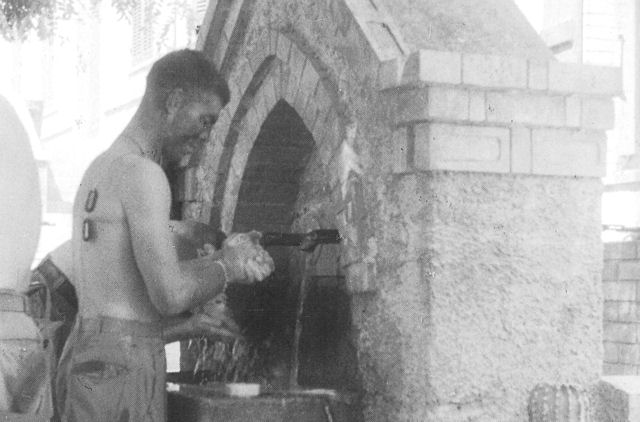 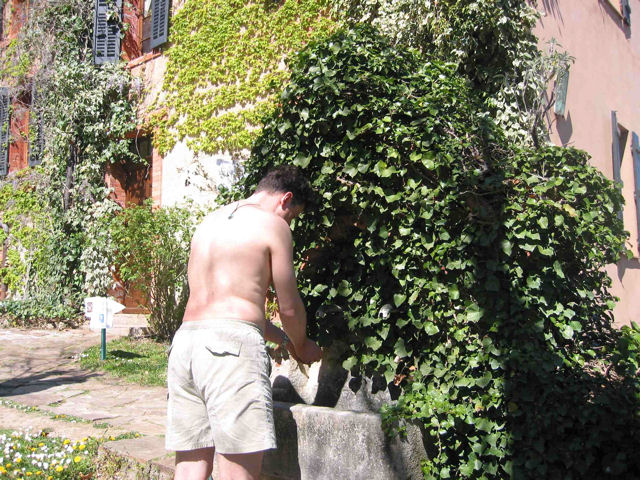 Finally I paid respect to all the men who paid the highest price and who are burried on this small but fine cemetary in Draguignan (capital of the French Artillery!) with the great mozaiek in the chapel. 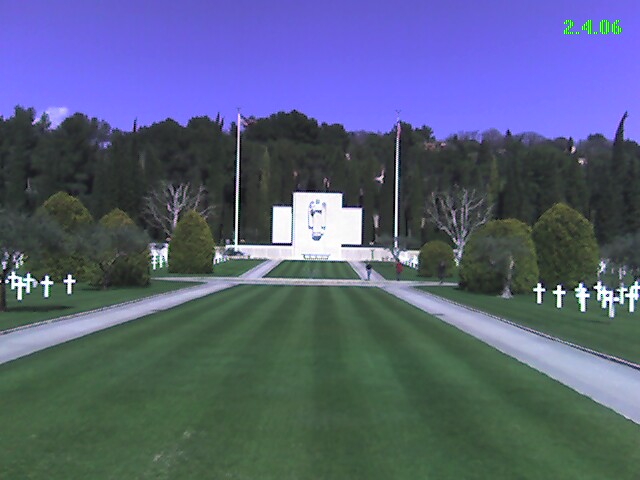 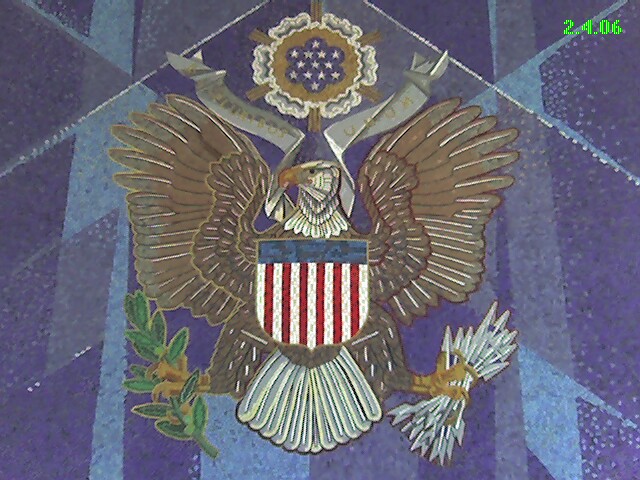 After talking to the superintendent I was able to locate the grave of Burl J. Knapp. He is shown in De Trez’ book 2 times and was KIA 5 days after the pics where taken. He’s burried in plot A, row 10, grave 7. And he will not be forgotten! 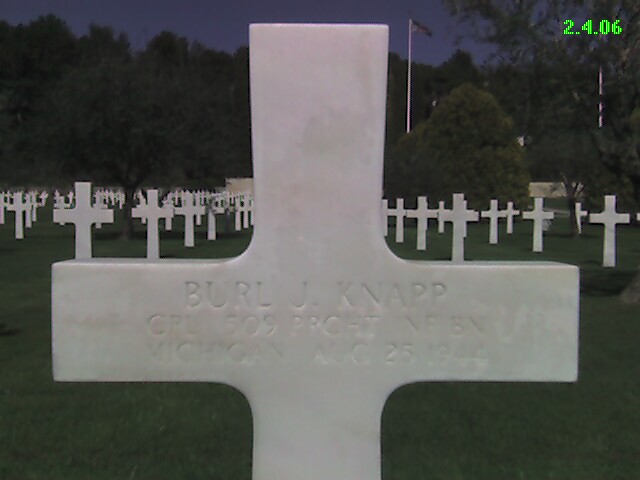 After these remarkable findings I spend some l

ovely days in the sunny French landscape, enjoying the great scenery, French wine and cheese…… and thinking about those man from the sky who came down to liberate Europe. And thus make it possible more then 60 years later for my wife and me to have a great holidayweek!

Of course my story is just a small piece of the story to be told about the First Airborne Taskforce. So it’s a solid recommendation to see in to the mentioned book with all the great pictures and stories!

To the American Paratroopers of WW2! It’s about them!