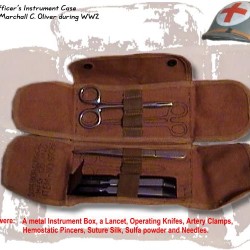 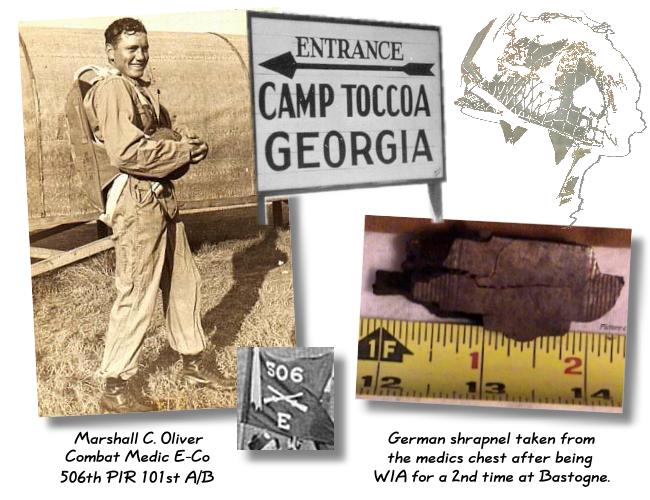 In 1944, during operation Market Garden, Oliver was wounded inm the hand during the actions.
He refused to be treated himself directly, first he tended to the wounded troopers under his care.
During the battle of the Bulge he was WIA for the second time. A fragment from a German grenade
hit him in the chest and broke a few ribs. The shrapnel was removed during surgery. Oliver kept
the scrap of metal that could have killed him as a ‘souvenir’. His parents had to wait for months
after receiving the first telegram that Marshall was wounded in action, before they found out that
their son was in fact recovering and would come home from the war after being wounded twice in battle. 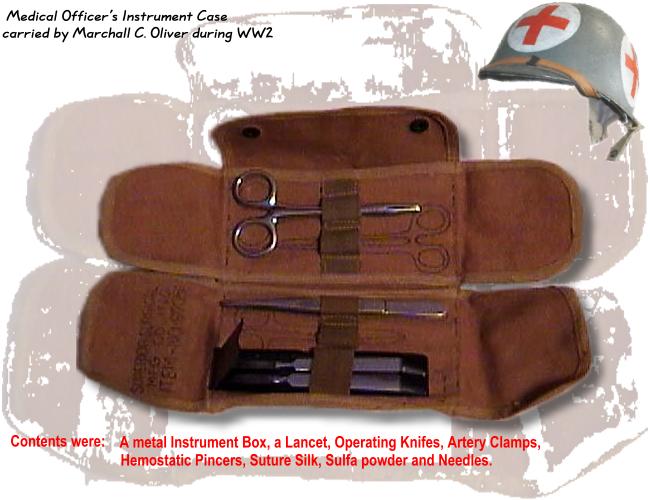 In a weird reversal of fortune Marshall C. Oliver, the man who cared for and saved many of his fellow
troopers during WW2, was killed by a drunk driver in August 1958 in Gainesville Georgia. As a matter
of fact Gainesville is near the town of Toccoa where, aomongst others,the 506th PIR was trained during WW2.

Special thanks to Josh Forrester, the grandson of Doc Oliver.