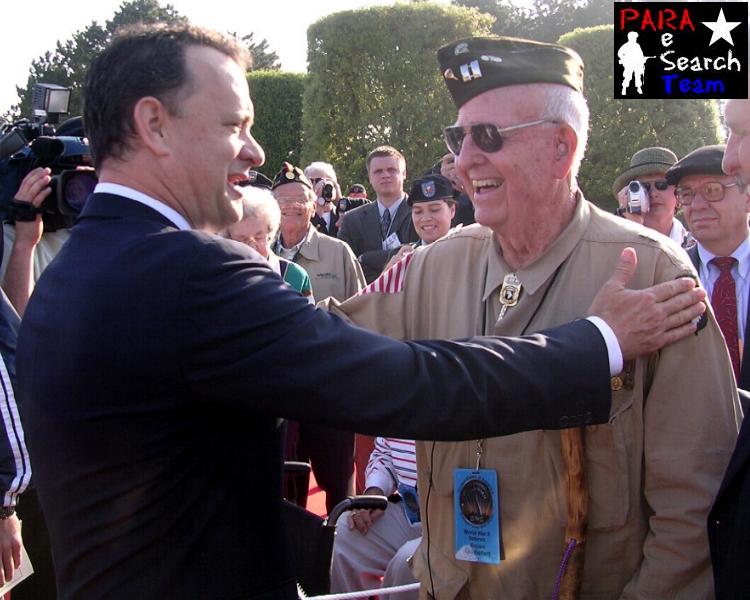 This is the last picture we have of the Captain. A few days later, back in the USA, he passed away.
We are so proud to have spend some time with him, the Commander of A-Co 502nd PIR, since D-Day 1944 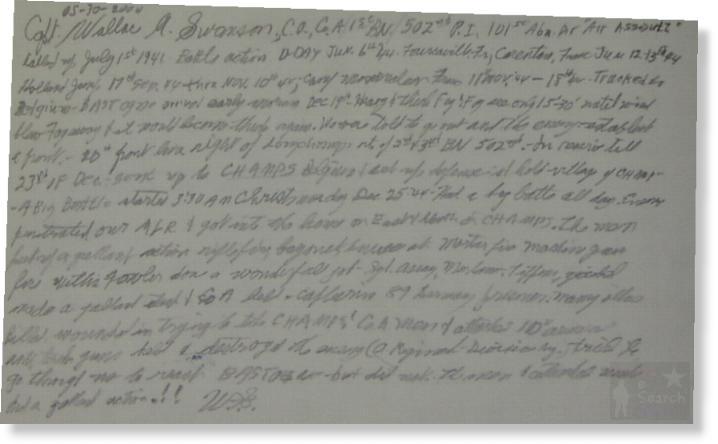 In the Ardennes The Para Research Team came across a handwritten log of Captain W.A. Swanson.
It relates about his WW2 past in general, and the Champs / Longchamps area more specific ! 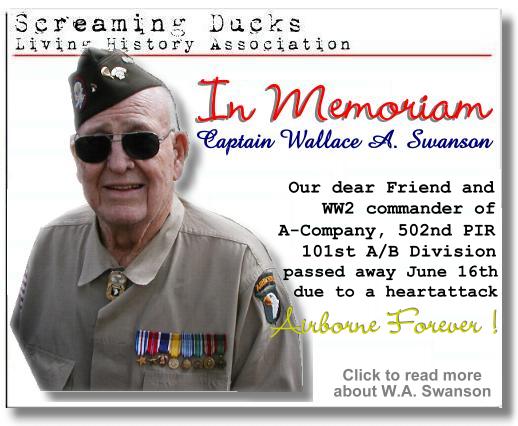 Three weeks before he passed away, The Screaming Ducks had the opportunity to Tour with Wallace A. Swanson.
We drove him along the dikes in our vehicles together with 101st AB historian and veteran George Koskimaki.
His friend Cees Jansen took Swanson and his party to Normandy where they attended some of the Commemorations
dedicated to D-Day +60. On the Colleville US Cemetery, even WW2 buff Tom Hanks posed with the Captain. 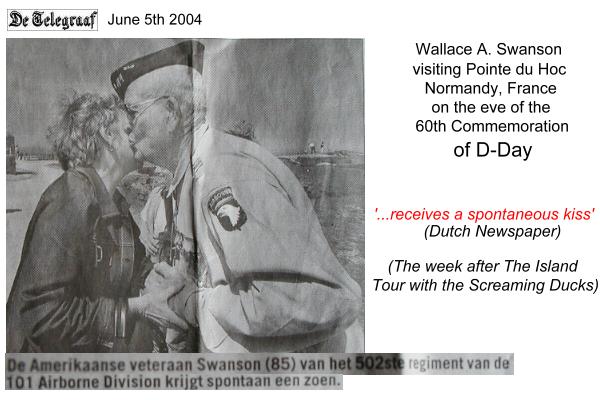 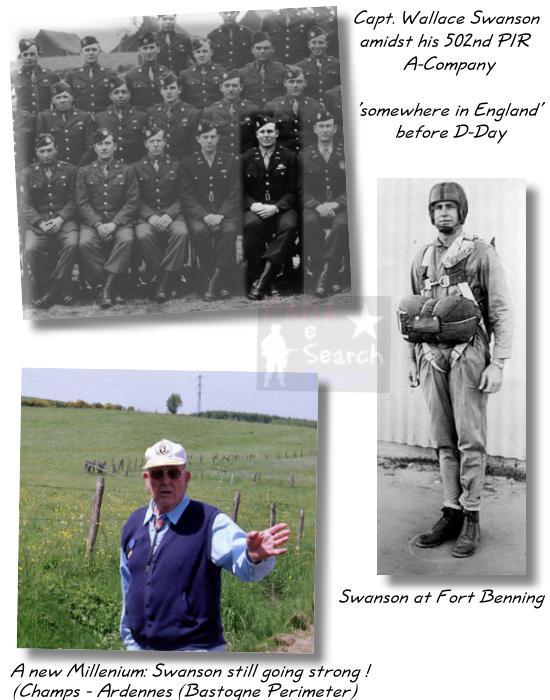 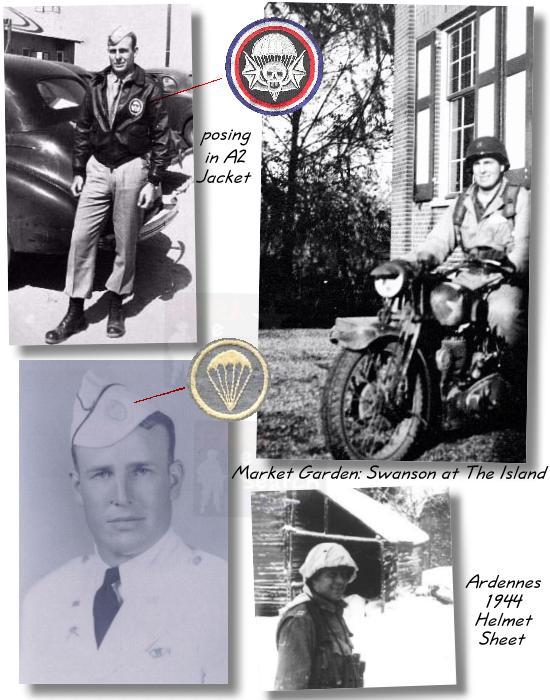 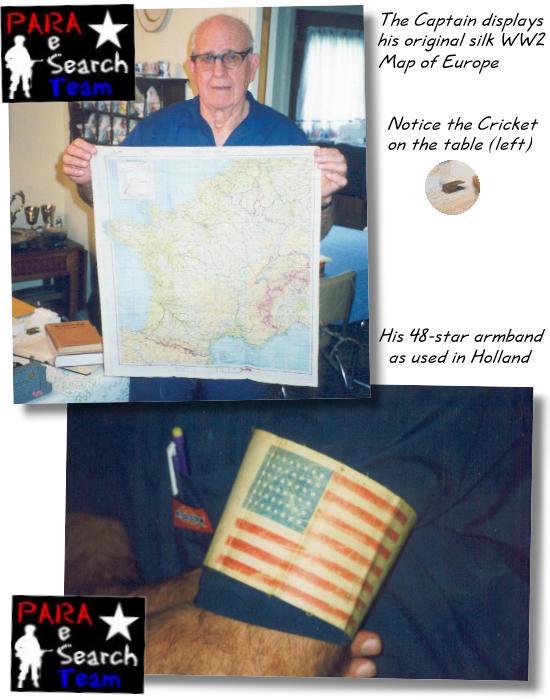 The spirit of this 48-star flag Trooper will never fade, for he will never be forgotten !!